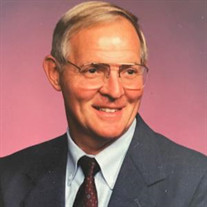 Wayne Rolf, 84, passed away at Porter Hospice with his family by his side on Tuesday, November 23, 2021, after a long and brave fight with cancer. He was born May 27, 1937, at his family home near Westboro, Missouri. He grew up on a farm and loved animals and nature. He graduated from Tarkio High School in 1955 and Midland Lutheran College in 1959. He moved to northern Michigan for work and, on an ice-skating outing, met the love of his life, Patricia. They married in 1961. He became a father to Janie in 1963. Wayne continued his education, graduating with an Electrical Engineering degree from the University of Colorado. He worked on defense projects for the United States Airforce and as an electrical engineer for Western Electric and Bell Laboratories. He retired from US West in 1991.

Wayne was a devoted and loving husband, father, and grandfather. He loved to garden, could fix or build just about anything, and enjoyed skiing, golfing, square dancing, playing bridge, and Mexican train. Wayne taught Sunday School and Bible studies and participated in activities with friends and fellow members of many Lutheran churches he attended over the years, most recently Ascension Lutheran in Littleton. He lived an exemplary life of deep faith, genuine kindness, and gave his time and service generously to others. He was preceded in death by his mother Letha and father Carl. Wayne is survived and deeply missed by his wife of nearly 61 years, Patricia, daughter Janie Gianotsos (Steve), grandson Josh Gianotsos (Krystal), brother Wendell Rolf (Joyce), sister Mary Yocom, sister-in-law Shirley La Perriere (Dick), and numerous nieces, nephews, and cousins.

Through his battle with cancer, Wayne never complained. He continued to put others first and share a smile with his family. In lieu of flowers, please consider donating to St. Jude’s Children’s Hospital or giving blood. Wayne donated hundreds of units of blood over his lifetime. And to honor his memory, try to be a rainbow in someone else’s cloud.
To order memorial trees or send flowers to the family in memory of Wayne Rolf, please visit our flower store.