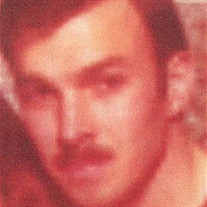 He was born March 17, 1956 in San Jose, California to Gary Walter and Annie (Salazar) Prout. He grew up in Denver and graduated from Denver West High School.
Walter served in the Army.
He worked as and over the road truck driver.
He enjoyed computers and watching war movies.
Survived by his girlfriend of twelve years Rushie Cole, Sisters, Paula (Ray) Quintana, Rachel Wels, Morgana (Manuel) Abbatto. Brothers, Mark (Helen) Prout and Jessie (Vanessa) Prout.
To order memorial trees or send flowers to the family in memory of Walter R Prout, please visit our flower store.