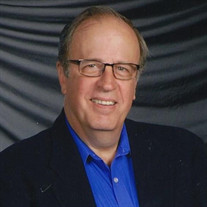 Walter “Walt” Joseph Klos. Jr, age 74, of Roxborough, Colorado passed away peacefully on Saturday, July 23, 2022, at UCHealth Hospital in Highlands Ranch. He was born October 10, 1947, in Hobbs, New Mexico, to Walter Joseph Sr. and Helena Klos. Walt was a 1971 graduate of Massachusetts Institute of Technology (MIT) with a Bachelor of Science in Electrical Engineering and a 1980 graduate from Loyola College, Maryland with a Master of Business Administration.

Professionally, Walt was known for his entrepreneur spirit focusing his energy in the network security field. He retired from Seamless at age 70, leaving time to pursue the curiosities around him.

Walt married Cecelia "CeCe" Kast on December 23, 2003 in Baltimore, MD, where they met on the dance floor. Together they continued a life of adventure moving to Colorado the next year. In Colorado, Walt explored snowboarding, archery, fly-fishing and playing Pokémon with his grandchildren.

Having a true passion for life and an insatiable curiosity, Walt also pursued learning new instruments, engaging in innumerable educational classes and exploring creative writing. He was well-known by his family not only for his intellectual debates, but also for his experiments in the kitchen, which often resulted in wonderful results. Walt was someone who could turn a salad into an experience.

Walt was preceded in death by his parents. He is survived by his wife, CeCe; five brothers – Ken (Nancy), Tony (Donna), Martin (Mary), Larry (Debbie) and Steve (Maribel); son Dave (Kelly) Kast; his grandchildren Wyatt, Nolan, Jacob and Hadley and many nieces and nephews.

Walt asked that in lieu of flowers, donations should be provided to the American Cancer Society
To order memorial trees or send flowers to the family in memory of Walter "Walt" Klos Jr., please visit our flower store.