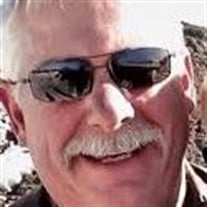 
He was born in St. Louis, Missouri on November 2nd, 1946. He grew up in Cincinnati, Ohio where, at the age of 18, he joined the Dunlap Volunteer Fire Department. In 1966 he joined the Army as a tank commander and remained in the National Guard until 1976.


In 1974, the family moved to Evergreen, CO and of course he joined the Evergreen Volunteer Fire Department. Vern worked his way through the ranks, becoming Chief in 1982/83. He loved the fire service and never stopped taking classes to improve his skills—Rose has the certificates to prove that!


He retired from the department in 1996.
In addition to his duties at the EVFD, Vern worked at Coors Brewing Co., and he also became a
farrier (horseshoer) which he did in his spare time for the next 10-12 years.


At his request, there will be no funeral service. Please keep him in your hearts and prayers. In lieu of flowers, Vern also requested that any donations go to Evergreen Fire/Rescue, or a lab rescue of
your choosing.
To order memorial trees or send flowers to the family in memory of Vern Smith, please visit our flower store.