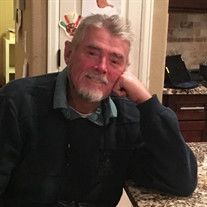 Thomas Nicholson was born in Springfield, Missouri to Virginia and Vernon Nicholson on March 10, 1940. He grew up in northern Arkansas and southwest Missouri. As a youth, Tom was a “smoke jumper” battling forest fires in Montana and Idaho.

Tom graduated from the Missouri School of Mines with and engineering degree in metallurgy and later, receiving another degree in nuclear engineering. He enlisted in the United States Army in January of 1963, where he attended OCS and received his commission in May 1964. He served in Vietnam as a Special Forces officer in 1966, and later in 1969 as a Raider Company commander for CCN, MACV-SOG.

After returning from Vietnam, he earned an M.B.A. from Pepperdine University and continued his service in the United States Army Reserve, where in 1996, with more than 30 years of commissioned service, he retired at the rank of Colonel. For his commitment to service, he was inducted into the Officer Candidate School Hall of Fame in 2002.

As a civilian, Tom worked as a registered professional engineer and an Enrolled Agent for the IRS. After his military and civilian retirement, he began writing novels, many about the American West and the Civil War, including an autobiography of his service in Vietnam.

Tom was an avid reader, commonly reading 4 to 5 books a week. He played golf twice a week, retiring from the game in his 70’s with a 6 handicap. He developed a hobby in stained glass that produced beautiful gifts for all his family. Road trips, taken across the United States and Canada with friends and family were a favorite. Along with cruises and a few trips to Europe and South Africa. His love for his family was paramount throughout his life, always seeking and excuse to be with them.

The Livestream link for the services will go live 5 minutes prior to the services.
www.YouTube.com/channel/UCox6D11i0073zxf8xr441aw/live
To order memorial trees or send flowers to the family in memory of Thomas P. Nicholson, please visit our flower store.