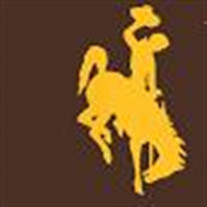 He was born April 30, 1940, in Cedar Rapids. He grew up in Torrington, WY. and graduated from Torrington High School. He obtained his education degree from Chadron State College and later received his Masters in Guidance and Counseling from the University of Wyoming. Tom began his teaching career in Lingle, WY. and later was Guidance Counselor in Rawlins, WY. In 1968 he moved to Casper, WY. working for the University of Wyoming. He supervised student teachers and coordinated adult education classes for the next 27 years.

Tom married Patricia (Pat) Lebsock in 1963. He was an avid sports fan and loved baseball, playing golf, and working jigsaw puzzles. After retiring from the University, he enjoyed traveling and his three granddaughters. Tom is survived by his wife, Pat, his daughter Michele Bennett (Charles), his son Michael, his three granddaughters Kendel and Aidyn Lansing and Olivia Bennett and his grandson Austin Bennett, his brother Ray Lansing of Cheyenne, WY. He was preceded by his parents Charles and Margaret, sister Marjory and niece Margaret Ann.
To order memorial trees or send flowers to the family in memory of Thomas H. Lansing, please visit our flower store.