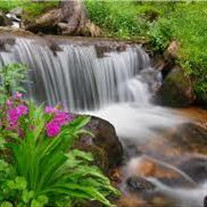 Theodore “Ted” Burg, 82, passed away peacefully in Littleton, CO on January 3, 2017. Ted was born and raised in Sioux City, IA. He attended Central High School and Morningside College. After a semester at Morningside College he enlisted in the Air Force and served from 1953-1957. He met his wife, Janice in Luther League at Augustana Lutheran Church and they married as soon as he was out of the Air Force in 1957.
Ted and Jan then moved to Denver, CO so that Ted could attend DU on the scholarship he had received. He then started his professional career with Gates Rubber Company and continued the remainder of his professional career in the machine tool industry. While in Colorado they had 4 children; Beth, Bruce, Eric, and Steve.
In the early to mid- 1970’s the family moved back to Lawton, IA. Ted and Jan continued to raise their family. They enjoyed attending their children’s athletic and school functions. In the late 1980’s they moved back to the Denver metro area where they eventually retired. Ted and Jan loved to travel. One of their most cherished trips was to Hawaii. They also enjoyed spending their Saturday mornings driving across Colorado in search of the best cinnamon roll. What they enjoyed the most, however, was spending time with their kids and grandkids.
Jan passed away in 2001. Ted went on to live a full life surrounded by many wonderful friends and a loving family. He overcame insurmountable odds and will always be remembered by family and friends for his positive attitude and his love for life. He was an inspiration to us all.
He is survived by his sister, Esther Isaacson, his four children, eight grandchildren, one great-grandchild, and several nieces and nephews.
He is preceded in death by Janice, his wife; Rowena, his mother; Oscar, his father; Richard, his brother; Kenneth and Warren, his half-brothers.
Services will be held Monday, January 9, 2017 at 11:00 a.m. at Christ Lutheran Church, 8997 S. Broadway, Highlands Ranch, CO 80129. Graveside service immediately following at Littleton Cemetery, 6155 S. Prince St., Littleton, CO 80120.
Memorials may be direct to Christ Lutheran Church, 8997 S. Broadway, Highlands Ranch, CO 80129.
To order memorial trees or send flowers to the family in memory of Theodore "Ted" Burg, please visit our flower store.