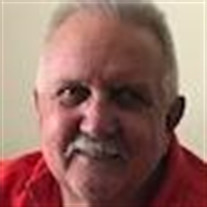 Terry Frederick Herzog, age 68, passed away the morning of November 18th, 2018 at his home in Centennial, Colorado.
Terry was born March 23rd, 1950 in Maple Grove, Pennsylvania. Terry was born at home to his parents Martha Betty Mae and William Harry Herzog.
Terry and his family moved from Pennsylvania to Aurora, Colorado when Terry was 10 years. He graduated from Aurora Hinkley High School in 1968. He received a swimming scholarship to Metro State College in Denver, Colorado where he attended several courses. He had many thoughts of what his career path would be, from a police officer, to astronaut, or joining the military.
Terry married his wife Maureen Elizabeth, June 28th 1986 in Littleton, Colorado. They were blessed with 32 years of marriage and two great sons, Zachary Frederick (25) and Nicholas Baer (22).
Terry was an entrepreneurial spirt. While he worked for Walt Disney Industries in his 20’s, he was self-employed from the age of 28 on. Over the years, Terry and his business partner, William Clayton, owned a restaurant in Englewood, as well as the concessions at Cherry Creek and Chatfield reservoirs, and managed real estate properties in Englewood, Denver, and Aurora. For 20 years, Terry and his brother, “Butch,” owned and operated the family business, Herzog’s Heating, in Aurora Colorado.
Terry cared deeply about giving back to others. He volunteered his time with Boy Scouts of America (as an Assistant Scoutmaster for Troop 645), the Order of the Arrow (as a Ceremonies Team Coach and White Eagle Chapter Advisor), as well as supporting the youth group at God’s Grace Community Church, and as an assistant little league coach for baseball and soccer. He was the treasurer for a local support group and involved with numerous men’s groups and bible studies in the metro area.
In his free time, he loved being with his family. He enjoyed the outdoors, and all the beauty of Colorado. In recent years Terry found he liked to travel, one of his favorite spots being the San Juan islands up in the Pacific Northwest.
Terry is survived by his wife Maureen, and their two sons Zachary and Nicholas. His two sisters Sandra “Sandy” (Ed) of Seattle, Washington, and his sister Linda of Denver, Colorado, along with 7 nieces and nephews, 12 great-nieces and nephews and most recently 3 great-great-nieces and nephews.
Terry is preceded in death by his mother, Martha Herzog, his father, William Herzog, and his brother, William “Butch” Herzog, Jr.

In lieu of flowers the family is asking that donations be made in Terry’s memory to the 2xtreme Foundation or Boy Scouts of America.