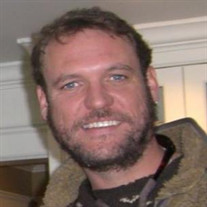 Stuart Wade Prall passed away at Swedish Hospital in Denver on December 4, 2021, accompanied by family. A heart attack occurred a week earlier, from which he never recovered.

Stuart grew up in Cincinnati, Ohio, in a loving family with many friends and opportunities. He was a “lifer” at Cincinnati Country Day School. He attended for 14 years and his mother, Ruth, was on faculty. His father, Jack, was a career Procter and Gamble manager.

Stuart was a free spirited child and often marched to a different drummer. At age 5 his class was asked what they wanted to be when they grew up. Unlike the other kids, Stu famously answered, “a happy man”.

As a child he filled his days with sports activities, horseback riding, Boy Scouts, and even violin lessons, along with time with siblings and neighbors. He had a lifelong passion for fishing, which was fostered through visits to his grandparents' lake house in Missouri, annual vacation trips to Sanibel Island, Florida, and other venues. In later years, it was fly fishing in Colorado.

At 6'8” with charisma, piercing blue eyes, and a booming voice, Stuart stood out in a crowd. He attended Hamilton College in Clinton, NY, where he added to his large band of friends, as part of Alpha Delta Phi fraternity. After graduating, he spent a gap year working in Vail, CO, where people remember him as that very tall doorman in top hat and tails at the Westin Hotel.

Stu fell in love with the mountains of Colorado and skied and hiked frequently. He went on to attend the Sturm College of Law at the University of Denver, graduated, and passed the Colorado Bar exam several months later.

Stuart was a lifelong “Grateful Dead” fan and admired their counter culture values. As a young lawyer, he worked briefly for some Denver law firms, then moved on to his own solo practice, which he continued intermittently for the rest of his life. He had the itch of a traveler and moved around the country several times, but always returned to Colorado.

He moved to Cincinnati, and formed Prall Property Investment, Inc. and through that did several real estate development projects in the area.

Stuart had a great love for his family. He was particularly close to his Grandmother Mountz and his mother, Ruth. Their deaths in 1998 and 2000 were devastating to him. Constant companions were his dogs, Japhey, Woody, Stormy and Ethel over the years. He volunteered at a Senior Living Center the last few years, driving residents to different appointments. He loved that work with the people he served.

Like every human being, Stuart struggled with disappointments in life and in himself. He battled mental health and addiction issues and sought to understand who he was and where he belonged. His family loved him so much and will always remember his smile, his commanding presence, and his strong-minded pursuit of “a happy life”.

Stu is survived by his father and step-mother, Jack and Nancy Prall, in Iowa City, and his brother Dr. Adair Prall in Denver and sister Tracy Prall, in Healdsburg, CA.

Memorial services are to be determined in the future. Memorial contributions may be sent to any animal rescue organization.
To order memorial trees or send flowers to the family in memory of Stuart Wade Prall, please visit our flower store.