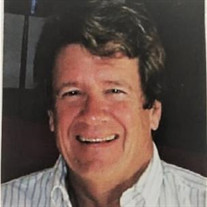 Stimson Kennedy passed away on June 20 2019, after a long battle with multiple myeloma (bone marrow cancer).
Stim was born June 7, 1943 in Lima, Ohio, to Andrew Milliken Kennedy Jr. and Ann French Kennedy.
Mr. Kennedy is survived by his daughter, Kelsey Ann and his ex-wife and good friend Katy Kennedy.
He was preceded in death by his parents; brothers, Andrew Milliken Kennedy
Jr.“Drew” and Bartlett Paul Kennedy “Bart”.
He grew up in Sewickley, Pennsylvania where he attended Sewickley Academy until 1958. He then attended the Choate School in Wallingford, Connecticut graduating in 1961. After spending two years at the American School in Lugano, Switzerland he returned home to serve his country in the US Coast Guard Special Forces. He then returned to school and received his degree from Hiram College in Ohio in 1968. After graduation, Stim worked for Heinz Foods in Pittsburgh before moving West.
He sold sail boats in the San Francisco Bay Area before moving to Aspen, CO. to teach skiing. Later he was in construction and real estate development in Vail and Silverthorn before moving to Denver and pursuing a long, successful career in real estate. With a passion for cars he was able to resume his love of sports car road
racing and collecting automobiles. He was an active member in the Porsche Club of America, the Ferrari Club of America and the Mile High Performance Driving School for many years.
Stim founded the Exotic Sports Car Show and Concours d’Elegance in 1984 and in 1986 designated United Cerebral Palsy of Colorado as beneficiary. Now in its 33rd year has raised over $1 million for UCP of Colorado. Contributions in Stimson’s memory may be given to any of the following: