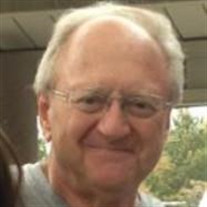 Born in Arnold Ne, he spent his entire childhood on a farm enjoying hunting and fishing as well as helping with normal farm tasks.

After marrying Joyce Anderson in 1966 they made their home in Denver Co where they rasied 2 sons, Michael and Marty who preceded him in death in 2004.

Preceded in death by son Marty parents Charles and Veda and brother in law Ron Adler.

Ron loved the outdoors, and competition, coaching his sons sports, racing go-karts, racing sailboats and finally slowing down to camping and kayaking, and of late, his amateur radio, which he won several contests.
To order memorial trees or send flowers to the family in memory of Ron L. Zoerb, please visit our flower store.