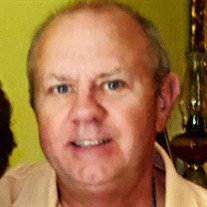 Robin John Rockney, age 74, passed away suddenly, but peacefully on Wednesday, November 25, 2020, just two days prior to his 50 year wedding anniversary. He was born March 14, 1946 in St. Paul, MN to John Sever Rockney and Vivian Florin.
Robin grew up in St. Paul, graduated from high school at St. Thomas Military Academy and completed his bachelor’s degree at Regis University in Denver, CO. He was a manager for Regis’ swim team and member of the Alpha Kappa Psi fraternity. While at Regis, he met his future wife, Cathie, who attended Loretto Heights, a neighboring college. Shortly after graduation, Robin enlisted in the Army serving a portion of his time in Vietnam. Upon his return from service, he married Cathie in St. Louis, MO on November 27, 1970.
Robin was employed at his father’s interior design studio and worked at Minnesota Mutual. The majority of his career was spent in contract administration and negotiation at Sperry Univac, Honeywell, Alliant Tech Systems, and lastly at Goodrich, where he was a facility security officer and government property manager. He was an active member of the National Contract Management Association.
Robin raised his family in the St. Paul area, where he made friendships with great neighbors and people within his community. Additionally, he enjoyed many years at his family cabin on Martin Lake, MN, where he taught his kids fishing, boating, swimming, and other lake life adventures.
Robin and Cathie had an ongoing passion and love of Colorado, where they were able to retire and build their dream log home in the mountains in Maysville, CO. They enjoyed the peace and tranquility of the mountains, elk, deer, bear, and moose that frequented their homesite. Robin was in charge of one of the few historic schoolhouses left in the area, the Maysville School (est. in the 1800s) and was also a volunteer at the Salida Museum.
To say Robin loved to socialize with his loud and outgoing personality would be an understatement. He wouldn’t hesitate to offer up his friendly advice and opinions, and he could fix and/or repurpose most anything. His many hobbies included traveling, family road trips, fishing, camping, cooking, tinkering, and antiquing. Even just recently, Robin became involved with his newest community in Littleton, CO as the president of the Chatfield Bluffs Condo Association.
Robin is survived by his wife of 50 years Cathie; 4 children Kristen (Jeremy) Menzel, Heather (Derek) Petersen, Jon Rockney and Angie Rockney; 6 grandchildren Jacob, Karyssa, Nicholas, Madeline, Danny and Cyliss; siblings Janet, Patty, Maurice (Gabbi) and Robert; many nieces, nephews, cousins and mini-aussie Abbie.
In lieu of flowers, memorials are suggested to the Wounded Warrior Project: www.woundedwarriorproject.org
A celebration of life will be scheduled at a later date to be determined.
To order memorial trees or send flowers to the family in memory of Robin John Rockney, please visit our flower store.