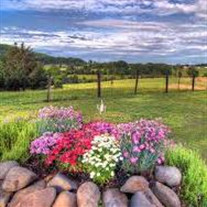 Born August 24, 1935 in La Jara, CO, to parents A.T. (Tony) Johns and Elizabeth Johns
She grew up in a rural farm community and after graduating High School attended Colorado State University. She married Ronny Skrivan and together they proceeded to raise a family including children Jeff and Kristin. She always provided a very stable, loving and encouraging environment for her children. She attended too many sporting events to count for both children all the way through high school, which eventually gave way to her attending her grandchildren’s games and events and finally most recently her great-grand son’s sporting events.
She was always the sports enthusiast and was a Denver Broncos season ticket holder back to the mid 1960’s. She was also a big & loyal fan of the Rockies. She could hang with any male co-worker regarding the knowledge of sports, and was known to win her fair share of office sports pools.
She worked for Winslow Construction and then went to work for the City of Englewood (CO) where she worked for greater than 35 years. It was there that numerous relationships were forged, including with members of the Police and Fire Depts., with whom she had great respect as did they of her. It was a perfect fit, the City and Roberta, as she was beyond trusted and dependable and they in turn allowed her to eventually become a part time worker all the way until her final retirement at age 80.
She did have a couple vises – she loved the slot machines and shopping QVC !
Roberta is survived by
Children – Jeff Skrivan (spouse Candie) and Kristin Skrivan
Siblings -- Don Johns, Janis Shawcroft (spouse Bruce) and Karen Johns
Grandchildren -- Brandon Doolittle (spouse Teresa), Nathan Skrivan, Justin Hoffman and Hailey Hoffman
Great grandchild –Cash Skrivan
Nephews/Nieces – Don Johns, Jack Johns (spouse Michelle), Richard Shawcroft, Lori Shawcroft (spouse Garth and son Nick) and Larry Johns (spouse Vickie)
She was blessed to have many amazing friends. She will be greatly missed by all and we all are fortunate to have had her in our lives.
A memorial celebration will be held on Saturday October 29, 2016 at The Malley Center 3380 So. Lincoln St. Englewood, CO from 4 to 6 p.m. Respectfully, please do not dress predominately in black.
To order memorial trees or send flowers to the family in memory of Roberta Skrivan, please visit our flower store.