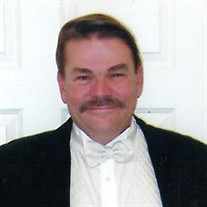 Robert F. Henle died at the age of 65 years old. He was born on November 28, 1954 to George and Marie Henle in St. Louis, MO. Bob learned his profession of Mason from his father. Bob did get a BA in architecture. When Bob took over George’s business in early 1990s, he used his knowledge to build the Prolife Memorial at the St. Louis Parish. Bob became a member to the Knights of Columbus.

The Henle family lived in St. Louis until 1962. Bob and his family moved to Littleton, Co. Bob loved to throw things which lead him to be a pitcher for most of his early life. Then Bob became a bowler and eventually became a pro bowler. He met Valerie his wife when she joined his team. Together they traveled to National Bowling Tournaments for 24 years.

To relax Bob taught himself to become an artist. Some of his work showed in the Central City Art Gallery. Bob enjoyed playing APA pool. He was a very outgoing person who loved to live and believed you need to live every moment to the fullest degree. Bob will be missed by a lot of friends.

Bob is survived by his wife Valerie. Sister Carolyn Henle (Ayars). Niece Laura Uhl, nephews Mike and Dan Ayars. Ed Niebauer. He was proceeded in death by, his parents George and Marie. His brother Bill and sister Geri .

Memorial donations may be sent to Juvenile Diabetes Association.
To order memorial trees or send flowers to the family in memory of Robert F. Henle, please visit our flower store.