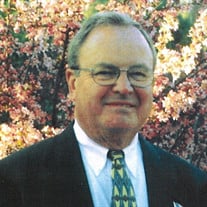 Robert (Bob) Ennis Hartgraves, 80, passed away peacefully on November 9, 2018. Bob was born in Sweetwater, Texas on May 13, 1938. He graduated from Sweetwater High School where he was a standout football player. He continued on to McMurry College in Abilene, Texas and graduated with a bachelors degree in accounting.
Bob worked as a Certified Public Accountant for more than 40 years. He was previously a member of St. Andrew’s United Methodist Church where he enjoyed teaching Sunday school and being an usher.
Bob is survived by his loving wife, Wanda; his daughter Cynda (wife Honnie); his two granddaughters, Elizabeth (Lizzy) and Danielle (Dani); his great grandson Benton; his brother Jim (wife Linda); his sister Diane (husband Clayton) and his many family and close friends.
Bob is predeceased by his son Brad; his parents Ennis and Opal; his sister Patty Epperson (Hartgraves); and his brother Harry.
Bob was a beloved husband, father, grandfather, brother and friend. He was humble and faithful and had a smile that would light up any room. He will be dearly missed.
The funeral service will be held at 2:30 on November 16, 2018 in the Chapel at Silver Heights Skilled Nursing, 4001 Home Street, Castle Rock, CO. Funeral arrangements are being handled by Heflebower Funeral Services. In lieu of flowers the family requests a contribution to the Alzheimer’s Association.
To order memorial trees or send flowers to the family in memory of Robert (Bob) Ennis Hartgraves, please visit our flower store.