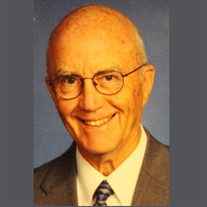 Richard Yngve Peterson was born to Karl Yngve and Esther Henrietta Marie Melander Peterson, January 10, 1931 in Worcester, Massachusetts. Richards’s grandfather, Axel Isac Peterson was a preacher who came to the United States from Sweden in 1907; Richard’s father, Karl Yngve was 7 years old at the time and became a Tool and Die Engineer professionally. Richards’s mother also had a Swedish heritage and was a nurse. Richard was always proud of his Swedish heritage. Richard’s grandfather pastored in Brooklyn, New York at a Baptist General Conference Church. Richard and his two younger sisters, Harriet and Karla, spent their school years in Lansing, Michigan and Cleveland, Ohio. Richard was a paperboy for the Cleveland Plain Dealer for many years.

After graduating from Lakewood High School in 1949, a degree from Baldwin Wallace, in Ohio, was obtained for the specific purpose of meeting the Air Force pilot eligibility requirements to fulfil Richard’s dream to fly. Motivated and focused, Richard soon accomplished his goal in the Air Force. Following flight school he first piloted the KC 97 for about 5 years with his remaining years of his 20 year military career piloting the EC, RC & KC 135 refueling tankers. Richard’s military duty took him all over the world and provided many experiences, some of which had historical significance to our country. While stationed at Castle Air Force Base in California, he married Mardell Nelson and they welcomed their first child, Janelle. Richard was transferred to Kincheloe Air Force Base in the Upper Peninsula of Michigan where Mark was welcomed. The next transfer took the proud husband, father and family to Hickam Air Base in Hawaii when Mark was just two weeks old.

The wonderful tour in Hawaii only lasted thirteen months before being transferred to Offutt Air Force Base in Bellevue, Nebraska where Richard was in the Airborne Command Post nicknamed the “Looking Glass”, part of the Strategic Air Command. The nickname came from the mission - it was a mirror of the ground-based system to direct U.S. strategic forces, bombers and missiles worldwide. At least one airborne command post was in the air at all times with a high ranking officer always on board to direct combat from the air in the precise manner dictated by the President. Additionally, part of this duty included carrying many government dignitaries as part of this Looking Glass mission. Richard’s retirement rank was a Major.

Two months after his retirement in 1971, Karl, was born at Offutt. During his 20 year Air Force career, he took pride in being a scratch golfer, enabling him to represent several of his posts in many military golf tournaments, bringing home trophies to the delight of his superiors. Richard also had dreams of becoming a professional golfer from the years of growing up playing golf with his father. After a short retirement period, the family moved to Colorado and Richard went into the dental lab business until he retired for good in 1999. For fun he often would ride his bike to and from work in downtown Denver, took an auto body class at Arapahoe Community College to repair his beloved 1963 Volvo and was always at his children’s many events. In his retirement, he spent most of his time and took great joy playing golf, participating at the church, and being involved with his children and grandchildren’s lives’ in any way he could.

Richard accepted Jesus as his Lord and Savior at a young age and was baptized in a Baptist Church in Lansing, Michigan. He always had a special place in his heart for the Baptist General Conference (now Converge Worldwide) and often attended their annual conferences and supported them financially. While stationed at Offutt, he taught a College-Career class at the church and mentored several young airman from the Base involved in the class. After moving to Colorado in 1976, Mission Hills became our church home and he was active as an usher, trustee, Awana leader, Thursday morning men’s Bible study, Saturday morning men’s prayer group as well as playing basketball at the old church location. Attending church, tithing, reading his Bible, and serving the Lord was always a high priority for him and his family. Throughout his entire military career, he was involved and supported Christian military ministries. He enjoyed taking his family on trips to see and learn about the United States.

In April 2005, Richard was diagnosed with Alzheimer’s. After many years of being active, the difficult slow but constant decline in health, interests, and his ability to communicate was difficult to watch and deal with as the disease of Alzheimer’s dementia took over all of his abilities.

Richard is survived by his caregiving wife, Mardell, daughter, Janelle (Ron) Carmickle, and sons, Mark and Karl (Christy) as well as his grandchildren, Talia (Ryan) Gildner, Kendra, Rebekkah, and Ronnie Carmickle, Heidi and Liam Peterson, and Reagan, Isaac, Lincoln, and Gideon Peterson. He is also survived by sisters, Harriet Dahlquist of Minnesota and Karla (Geoff) Plazer of Pennsylvania, many nieces and nephews, and five cousins.

Services will be April 16th, 2015, 2 pm at Mission Hills Church, 620 Southpark Dr. Littleton, CO, 80120. In lieu of flowers, donations can be made to the Samaritan’s Purse designated to OPERATION HEAL OUR PATRIOTS®. Send to Samaritan’s Purse, PO Box 3000, Boone, NC 28607 or donate online at http://www.samaritanspurse.org/what-we-do/about-operation-heal-our-patriots/ . This project of Samaritan’s Purse offers a unique opportunity to minister to the spiritual and physical needs of wounded U.S. Soldiers and their spouses.
To order memorial trees or send flowers to the family in memory of Richard Y. Peterson, please visit our flower store.