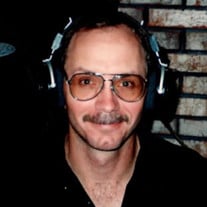 Ray Lee Fiscus, born August 13, 1957 at St. Joseph Hospital in Denver, Colorado. Died Monday, May 10, 2021 in Flagler, Colorado. Ray Lee was the son of Kathy and Ray Fiscus of Denver. He had one sister Marilyn Reyne Fiscus Rodgers and a niece Melissa Rodgers Dickens. Ray Lee grew up in Denver but considered the farm in Briggsdale, Colorado as his 2nd home. He attended Briggsdale High School through 1974 but ultimately graduated from Lincoln High School in Denver in 1975. In 1980 he joined the Castlewood Fire Department (now South Metro Fire Rescue) and was stationed at Station #32. He always loved driving trucks, so his promotion to the position of an Engineer in 1986, was a dream come true. He was known around the Firehouse as a meticulous, dedicated, hardworking firefighter. He retired from the Fire Department in 1997.

Ray married Eileen Dreher (Forlenza) in 1985 and had three children – Emily Rayleen (Stevens), Holly Reyne (Fiscus) and Cody Ray (Forlenza). The kids were regular visitors at the Fire station and loved any opportunity to wear his helmet or climb up in the Firetruck. Ray and his family moved to Elizabeth, Colorado in 1983 and divorced in 1994.

Ray married Harlene Arnett Allmer (Jensen) in 1998. They lived in Kenai, Alaska until Harlene lost her battle with cancer on February 24, 2000. Following Harlene’s death, he moved back to Briggsdale, Colorado where he spent time with Harlene’s extended family on the Allmer farm.

Ray married Vickie Rene Doty in 2003 and they settled in Flagler, Colorado. They divorced in 2009, but Ray remained in Flagler where he resumed his career in the farming and trucking business. Ray was most at peace while driving a tractor, truck, or any other farming equipment. He was deeply sentimental and poetic and often used music to express and receive love. Ray will be remembered for his gruff exterior that masked a tender heart and his love of the farmlands of Colorado.

Blue jeans, t-shirts, and boots are welcome.
To order memorial trees or send flowers to the family in memory of Ray Lee Fiscus, please visit our flower store.