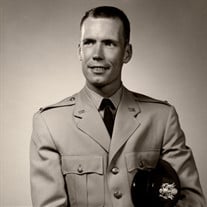 Paul E. Schueler, former Braniff and United Airlines pilot, passed away in June, 2019 in Highlands Ranch, Colorado. He was diagnosed with a Grade 4 GlioBlastoma brain tumor in October of 2018. He was 83.

Paul was born to Donald F. and Mary A. (Hosang) Schueler in Attica, Ohio. After living in Denton, Texas for many years he moved to Evergreen, Colorado and then to Highlands Ranch, Colorado. He was a graduate of Miami University in Oxford, Ohio where he lettered on the track team, was a member of Delta Tau Delta fraternity and joined ROTC. Upon graduation, Paul received his commission as a second Lieutenant and then served in the Air Force 1958-1964 as a pilot. He was a part of the Air Force Air Commandos Special Forces unit known as the “Jungle Jim” unit deployed in 1961 in Vietnam. Upon leaving the Air Force as a Captain, Paul flew for Braniff Airlines from 1965-1982 and then 1984-1989. He then flew for United Airlines from 1990 to 2001. At United, he “retired” from the “front seats” in 1995 and then flew as a Flight Engineer for the rest of his career until he retired in 2001.

Paul was a very mobile and active world traveler who regularly visited his family and five children “on rotation” and always took time during his global travels to look up old friends. Paul had a knack of staying in touch with a long list of good friends ranging from his childhood through to college, the military and the airlines. If he wasn’t “on a plane” he could often be found driving around Denver in his classic light green 1952 Ford F100 pickup chatting up people who wanted to know more about the truck.

Friends and family could always count on Paul if they needed his help. His answer to “can you?” was always “Yes, I will be right there!” whether it be driving a truck cross country, baby sitting, dog sitting, helping repair or remodel something or just being there to help when needed. Paul was a “glass half full” optimist who lived on the positive side of life despite the normal ebbs and flows it sometimes delivers.

Paul is survived by his five loving children; Paul Jr. (Donna), Madonna (Brian) McCarthy, Courtney ( Pat) Patterson, Celine (Matt) Walker, Kylee (Dan) Metzger, he was known as “Bobby” and “Papa” to his sixteen devoted grandchildren. In addition he is survived by four siblings; Tom(Dianne), Carol Schueler(McCann), Ken and Don(Lin) and the mother of his children Connie (Hernandez) Schueler.

A Memorial Service will be held at St. Thomas More Catholic Church in Highlands Ranch, Colorado on July 8th, 11AM. There will also be a Memorial Service at Immaculate Conception Church in Bellevue, Ohio on July 10 at 11AM followed by the interment at Bellevue Cemetery.
A luncheon will be held at Twin Lakes Golf Course and Restaurant, 100 Decker St, Bellevue, OH 44811. All friends and family are welcome to attend any of the services.

Friends wishing to leave comments and memories for Paul’s families can visit the following site: https://www.forevermissed.com/paul-e-schueler

Because Paul loved children and families so much, as well as the Catholic Charities in Denver, we suggest that in lieu of flowers, donations can be made to the Marisol Women’s Services with Denver Catholic Charities. Here is their link:

Marisol Women's Services with Denver Catholic Charities or https://ccdenver.org/marisolservices/
1935-20
To order memorial trees or send flowers to the family in memory of Paul E. Schueler, please visit our flower store.