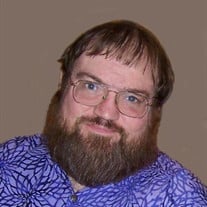 Paul Eugene Ciszek was born May 5, 1965, and passed away November 4, 2022, at the age of 57 from heart failure and stroke. He lived parts of his life in five different states – Iowa, Michigan, New York, Massachusetts, and primarily Colorado. Colorado was by far his favorite of the places he lived. As a teen and young man in Evergreen, he enjoyed the beauty of nature and loved to hike in the mountains.

Paul was born with a happy disposition, an irrepressible sense of humor, and a great, booming a cappella singing voice. These made him an entertaining person whose presence will be forever missed by his friends and family.

He graduated from Evergreen Senior High School in 1983 and went on to the Colorado School of Mines for a Bachelor of Science degree in Engineering Physics and Cornell University for a Master of Science degree in Applied Physics with Electrical Engineering minor. His career was focused on characterization and analysis of electronic materials and devices, particularly those used in the rapidly advancing field of photovoltaic solar energy conversion. He was part of a team at the National Renewable Energy Laboratory that officially documented the efficiency of a wide range of solar cell materials as they were being developed.

His interests and hobbies included photography, geology (particularly crystal morphology), computer technology (as a member of one of the oldest computer clubs – The 6502 Group) and science fiction. He was a long term member of the Denver Area Science Fiction Association and the technically oriented Denver Mad Scientist’s Club.

We remember him as a kind and social man with an amazing depth of knowledge on numerous topics and a generous heart that failed too soon. A celebration of Paul’s life is planned for a later date.
To order memorial trees or send flowers to the family in memory of Paul Eugene Ciszek, please visit our flower store.