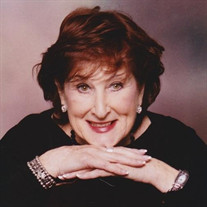 Pat, Patsy or PJ, depending on how you knew her, died in Englewood, Colorado on December 5th, 2015 following heart failure. Her ashes will be buried at Keener Cemetery in Sylva, North Carolina.
She was a native of Jackson County, North Carolina and was the daughter of Alvin William Ridley and Elva Jane Harris Ridley. Born on January 8th, 1945 in Sylva, she graduated from Sylva-Webster High School in 1963 and received a Registered Nurse degree from Grady Memorial Hospital School of Nursing in Atlanta, Georgia in 1966.
Pat worked as an RN her entire life. She belonged to the Charlotte Shag Club and Red Hat Society and was the treasurer for the Grey Rock Homeowners Association for over 20 years.
She is survived by her son, Slater Brett Voorhees of Highlands Ranch, Colorado and one granddaughter, Auburn Caitren Voorhees, and her two brothers, Doyle Ridley of Franklin, North Carolina with two daughters and three grandchildren and Donald Ridley of Sylva, North Carolina with one son.
To order memorial trees or send flowers to the family in memory of Patricia Jane Voorhees, please visit our flower store.