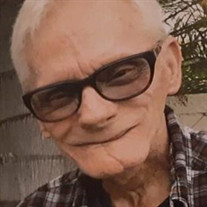 Norman Theodore Jarog was born May 7, 1941, in Chicago, Illinois. He served two tours in Vietnam as a decorated Airman in the United States Airforce. He was a proud supporter of the American Legion and Veteran Advocacy. Norman lived and served in Germany and England before returning home. As a jack of many trades, he found his passion as an entrepreneur as the founder of his own cleaning service company, working on both residential and commercial properties.

Norman was never happier than when he was giving to others, baking treats for everyone in the neighborhood, or helping someone in need. He and his wife were both animal lovers, supporting many local and national rescue organizations. He was an avid reader- reading a book every week! Although he never made it on Jeopardy, he won every home championship. In his spare time, Norman was an experienced gardener and cook and enjoyed travelling. He made a point of putting his feet in every ocean!

Norman's burial will take place at Fort Logan National Cemetery on Friday, August 6th at 12:15pm. All are welcome.

In lieu of flowers, please consider making a donation to the Rocky Mountain Feline Rescue fundraiser:
https://www.gofundme.com/f/the-purfect-memorial-for-janean-norman-jarog?utm_source=customer&utm_medium=copy_link&utm_campaign=p_cf+share-flow-1
or you can Donate in Norman’s name to the DAV - https://www.dav.org/
To order memorial trees or send flowers to the family in memory of Norman Jarog, please visit our flower store.