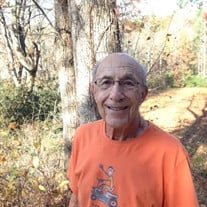 Norman P. Copp, age 91, passed away peacefully on Sunday, October 16, 2022, at his home in Littleton, CO, with his loving and devoted wife, Candace, and dedicated bonus son, Andrew, in attendance. Born June 12, 1931, in Sheboygan, WI, he was the only child of Philip and Violet Copp.


Norm’s collegiate education was interrupted by the Korean War. He enlisted in the U.S. Air Force, and was trained in cryptography. He returned to complete his electrical engineering degree at Indiana Tech. Norm worked as a manufacturing and quality control engineer at various locations around the country, but was most proud of his contribution to the Apollo space program.


Norm enjoyed home improvement and could often be found wandering the house, coffee cup in hand, contemplating the next project. He was very detailed oriented and always finished each project. No project was too big or too small.


An avid tennis player, Norm played in high school, college and for the Air Force team, traveling to matches around Europe. He continued to play tennis for most of his life, was a team captain and often taught tennis in his spare time. Later in life, he traded tennis for Pickleball, playing several times a week into his late 80s. He ran several times a week for years. It was no surprise that he continued his exercise program, including lifting hand weights, until weeks before his death.