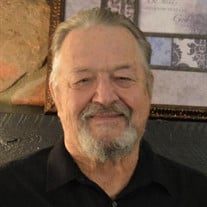 Noel Castleman, age 81, passed from this life on September 21, 2022, at his
home in the mountains west of Denver, in Fraser, Colorado. He was born May
31, 1941, in San Jose, California, to Winston “Bud” and Mary (Zanetti)
Castleman. Noel was a 1959 graduate of Menlo School, in Atherton,
California, and by 1964 earned both bachelor and master’s degrees in
Business at The University of California, Berkley.
After 5 years of preparation in college ROTC, Noel entered the U.S Air Force’s
Pilot Training Program as a 2nd Lieutenant. He served five years in active
military during the Vietnam Era with a final rank of Captain. He also served 15
years and retired from the U.S. Air Force Reserves. Noel parlayed his work as
a military intelligence officer into civilian life, serving 10 years as a special
agent with the FBI.
Noel left government work when the corporate world was increasingly
concerned about cyber security, particularly as cloud use increased across the
globe. His extraordinary ability to understand, breakdown and apply complex
technical concepts to a company’s problems, provided insights for customers
to advance their systems. For which he received accolades.
Noel had a true passion for life and a loving devotion to God, family, and faith
practices. For decades Noel had regularly attended and served the community
through Winter Park Christian Church, in the Colorado mountains. And he
loved spending time with family and friends near the California coast, plus the
Great Lakes area of southeastern Michigan.
Always grateful for the freedoms Americans enjoyed, Noel deeply appreciated
the sacrifices of those who served in the military through the years, as well as
those serving now. He loved to read and did so widely, easily consuming 2 to
4 books a week. He most enjoyed complex thrillers and spy stories that
riveted his attention and peaked his sense of adventure. As a writer himself,
Noel wrote sections of two published novels. One was a best-seller made into
a commercially successful movie.
Noel loved to cook delicious creations and did so for his family and for
organizations that served the community such as his church(es). He was
compassionate, loving, and supportive to those around him. People who
knew Noel will miss him and his zest for life.
Noel was preceded in death by his parents, Bud and Mary, an infant brother,
Paul, born before him and whom he never met, his father-in-law Jack Hille,
and brother-in-law Scott Hille. He is survived by his wife Sheri, his three
children Christian (Valri), Wendy (David Adams), and Rachel (Castleman)
Thompson (David). He is also survived by his sisters Paula “PJ” (Castleman)
Stegen (David), and Kate Castleman Kiefer (Dieter) aka Katy Trackman-Kiefer.
Noel is further survived by his mother-in-law Myrna Hille, brothers-in-law Jack
Hille (Tina) and Steve Hille (Debbie), and sisters-in-law Vicki (Hille) Ingham and
Michelle (Hille) Miller (Brian). Noel enjoyed his grandchildren Kendall, Conner,
Jacob (from daughter Rachel Thompson), Molly Adams, Andrew “AJ” Lucero
(from daughter Rachel Thompson), Dawson Thompson, Riley Thompson, and
Reese Thompson. He had many nieces, nephews, and cousins, plus three sets
of Aunts and Uncles.
To order memorial trees or send flowers to the family in memory of Noel Castleman, please visit our flower store.