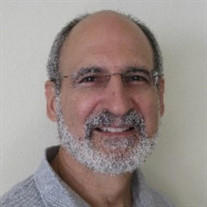 Nick attended a two-classroom school in Rondout before moving to Mundelein. He was a student at Carl Sandberg Middle School, and was a graduate of Mundelein High School (1965) and Aurora College (1969), where he excelled in sports. Nick served in the U.S. Air Force from 1969 to 1973 and was stationed at Grand Forks AFB, ND.

His career was spent in the IT industry. He moved to Colorado in 1987 to work for Diners Club, where he continued his education and received a master's degree from Regis University. After retiring from the IT industry, Nick worked part-time for Whole Foods Market.

Nick, devoted husband and father, shared his life with Celeste (née Rodman), wife of 50 years, and his son, Jason. He was the much-loved brother of Bob and a cherished son, nephew, cousin, uncle, and in-law. Nick was our computer go-to-guy, strong in his Christian faith, kind, generous and caring. He enjoyed fishing, golfing, hiking, traveling, and movies.

He was also a lifelong Chicago sports fan who waited years for the Cubs and Bears to win championships.
Forever a friend, an encourager, and helper to all, Nick, you will be greatly missed.
To order memorial trees or send flowers to the family in memory of Nicholas A. Tangorra, please visit our flower store.