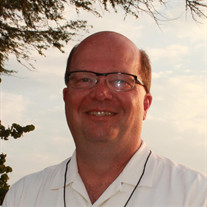 Michael Don Walters, 54 of Littleton, CO. passed away the afternoon of June 30, 2017 following a tragic car accident.
Mike was a humble, compassionate and witty man with a real zest for life.
He was born in Kearney, Nebraska March 27, 1963 to Donald J. and Lois (Rehfeld) Walters. Mike grew up in Kearney and graduated from Kearney High School in 1981. He then attended the University of Nebraska Lincoln where he met Jill M. Fujan. The pair wed in 1989 and had two beautiful children, Nicole and Nicholas.
Mike worked at LatLon in Denver as an IT manager.
When Mike wasn’t working, you would find him in the kitchen, skiing and hiking in the Rockies, traveling the world, watching Husker football and spending time with his family.
He had an amazing sense of humor and was never afraid to help others out or follow his dreams.
He was truly a great man, and will be dearly missed.
Mike is survived by his daughter Nicole and son Nicholas, his mother Lois Walters, sisters; Sharla (Jim) Mruz, Shelley (Brad) Hilker, and Shari Walters. Aunt and uncle, Keith & Lee Rehfeld and uncle Rick Walters, and numerous loving nieces, nephews and cousins.
He was preceded by his father and grandparents.


Visitation will be held from 5-8 PM on Thursday July 27, 2017 at The Dixon Chapel at Cherry Hills.
In lieu of flowers memorials are suggested in care of the family for designation at a later date.
To order memorial trees or send flowers to the family in memory of Mike D Walters, please visit our flower store.