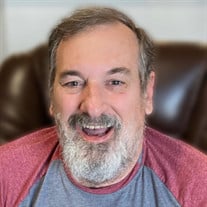 Mike was a man of countless hobbies, talents and craftsmanship. He was an avid sports fan and could be found attending or watching baseball, football or hockey. In 1995 Mike and his business partner started Print Partners which has been successfully operating for 27 years. Mike’s great name, excellence and integrity made him highly respected in the industry and earned the reputation as the go-to person for everything.

Per his wishes, his family will be hosting a Celebration of Life Saturday, September 3, 2022 1:00pm at Living the Dream Brewery 12305 N Dumont Way, Littleton, CO 80125. Located behind Murdocks on Santa Fe and Highlands Ranch Parkway.

In lieu of flowers, the family is asking that donations be made to The Denver Hospice. Their care in his final days was remarkable. https://thedenverhospice.org/donation/
To order memorial trees or send flowers to the family in memory of Michael Krause, please visit our flower store.