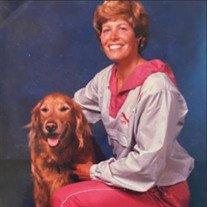 Mary K Fowler (Kitty) 74, a long time resident of Colorado passed away on May 19,2022, at the Highline Place in,Littleton,CO. Kitty was born January 3,1948 in Kingston,NY to Mary M Fowler and Nicholas J. Fowler of Kingston,N.Y.

Kitty graduated from Kingston High School in 1966. While in Kingston,N.Y. she and her mother were highly competitive in Tennis Tournaments in Ulster County, and at the State level.She headed west to Gunnison, CO. and attended Western State College and graduated with a BA in PE in 1971. While attending Western State Kitty was heavily involved with the Ski team,Tennis and Women’s track and field.

Kitty went on to coach Volleyball at Wisconsin University. She later returned to the Denver, Colorado area and taught Volleyball and tennis in many area High schools.(Northglenn, James Irwin) Kitty lead her teams to many State Championships. She herself was a Masters Volleyball player.

Kitty loved the outdoors with her friends and dogs. She hiked, skied and loved photographing nature and it beautiful creatures.
She did triathlons, winter and summers as well as Ironman’s.
Kitty was inducted into the Colorado Sports Women’s Hall of Fame in Masters Skiing in 1994.
From the Hall of Fame Files.” Kitty set a rugged pace last winter. She won every SKI Classic Series in Colorado for women in the 40-44 age group, and her Top 6 overall results rivaled contestants 20 years her junior. After winning four times in then in-age group Plymouth All American Ski Series ….she was named to represent the Rocky Mountain Region in the Elite Division of the National Championships.

She placed second overall to a much younger contestant. Her Tour de Force, however, came in December at Snowbird,Utah, when she led the 40-49 age division in the National championships of NASTAR. More than 250,000 participated.” Kitty was truly an amazing woman.

Kitty was a huge fan of the Bronco’s and the Rockies and never missed a game.
She was a great lover of her dogs, especially her many Goldens.
She built a Solar envelope home in Silverthorne right after college She was way ahead of her time.
Kitty also loved to travel. She traveled to Australia, Switzerland,Alaska to spend tine with her may friends.

Donations can be made to Alzheimer's Foundation of America in Mary K Fowlers name.
To order memorial trees or send flowers to the family in memory of Mary K Fowler, please visit our flower store.