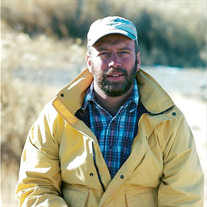 Mark Jeffrey Divine, 58, passed away on January 28, 2016 at his home in Littleton, Colorado from complications of living a good life.
He was born on March 15, 1957 in Scottsbluff, Nebraska to George and Betty (Petersen) Divine. He spent his childhood years in Lyons, Colorado and graduated from Lyons High School in 1975. He worked in the clothing industry and in the cable and telecommunications business before his retirement.
Mark worked as an interpreter for the deaf for several years. He held a black belt in Tae Kwon Do.
Mark was greatly loved and admired by everyone that knew him. He was a caring, thoughtful person with a jovial sense of humor. He loved skiing, cycling, off-roading and hiking in the Colorado mountains and exploring the deserts of Southern Utah.
He is survived by his partner, friend, and confidante of 30 years Dennis Teclaw and their beloved dog Dusty. He is also survived by his brother David (Laurie) Divine, sisters Diane (Donald) Rieger and Debbie Divine, and his sister-in-law Colleen Divine. He was the favorite uncle to several nieces and nephews that will miss him every day. He was preceded in death by his parents George Divine and Betty Peterson, and his brother-in-law Ronald Boddy.
There will be a Celebration of Life ceremony held on Saturday, February 6 at 11 a.m. at the Millennium Harvest House, 1345 28th St., in Boulder.
To order memorial trees or send flowers to the family in memory of Mark Jeffrey Divine, please visit our flower store.