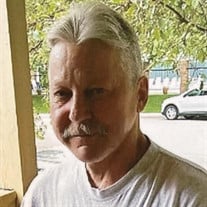 Mark Wayne Campbell was born September 15, 1954 in Bellaire, Ohio to parents Forrest Campbell and Phyllis Miller. He spent his childhood in Brimfield, Ohio. Mark Joined the Marines in 1972 where he worked as a flight mechanic. He was very proud of his military service and enjoyed sharing stories with other service members. He later moved to Colorado where he met his future wife Cathern Campbell. They married and had three children. Mark loved the outdoors and spent his off time at baseball games, camping, sitting by the lake and fishing.

Mark was called home September 7, 2022 after his tireless battle with throat cancer.

Mark will be deeply missed.