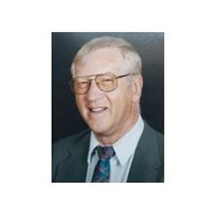 Larry Dean Bultena (81) passed away October 1, 2020 in Denver, Colorado from complications following surgery. He was surrounded by family members at his bedside when he passed. Larry was born May 5, 1939, in St Paul, Minnesota. He graduated from Wilson High School, Macalester College, McCormick Seminary with a Divinity Degree, and the University of Wisconsin where he received his Masters in Social Work. He began his career as a psychotherapist employed by two family service agencies in Minneapolis. He spent ten years working in a mental health center in Virginia, MN. Larry did extensive consultation in many community agencies, because he had a passion for education and prevention.

Larry married Ellen Newton in 1961 and they raised three daughters. They moved to Denver in 1983 where he served an Internship as Chaplain at Bethesda Psychiatric Hospital. He opened a private practice as a Pastoral Counselor merging the fields of Theology and Mental Health. He served numerous churches doing counseling, consultation, workshops, and training until retirement.

Ellen passed away after 43 years of marriage. Larry attended church where he sang in the choir and performed pastoral duties. It was there that he met and married Gail Hogge. Larry was an outgoing gentleman who loved spending time with family and friends. He enjoyed fishing, boating, camping, cross country skiing and music - both playing the piano and singing.

In observance of COVID-19 regulations, a celebration of life will take place at a later date. Gifts in Larry’s memory may be made to St Andrew United Methodist Church, 9203 S University Blvd., Highlands Ranch, CO 80126.
To order memorial trees or send flowers to the family in memory of Larry Dean Bultena, please visit our flower store.