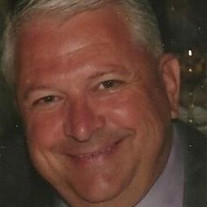 Kevin L. Heidt, age 58, passed away on Friday, June 9th 2017 at University Hospital at 4:59 pm. He passed from a ruptured brain aneurysm that was undetected. He was born on November 10th, 1958 at Saint Anthony’s Hospital to the parents of Melvin and Marjorie Heidt. Kevin is survived by his wife Debbie Sue Heidt, sons Brian James Heidt, Timothy William Heidt; sister Diana Pearl (Mark) Martin, brothers Philip Conrad (Brenda) Heidt, Alan Maxwell (Stacy) Heidt, and numerous nieces and nephews. He is preceded in death by his infant sister, Jana Ruth and son, Derrick Heidt.
Kevin met Debbie while working at King Soopers sacking groceries. They were married on Feb. 4th 1978, where after they honeymooned in Mexico. Following their honeymoon, they moved into a house that became home for 39+ years. What came next for Kevin and Debbie was parenting three handsome boys, Brian, Derrick, and Tim. Kevin continued his career at King Soopers for 26+ years working many positions including General Manager, reset team, and space planning. Kevin’s next employment was at Wild Oats where he continued to develop and be part of the space planning team. (Space planning. What’s that? He figured out where everything goes on the shelf.) Whole Foods purchased Wild Oats, and Kevin advanced as a part of the Whole Foods Global team. He moved to Austin, TX for a while, and eventually came back to work for the local Whole Foods office. Kevin was always dedicated to work, and giving it his all.
His family and friends meant the world to him, and he loved people. You could be a stranger, a friend, a co-worker, or family and Kevin would talk to you for more time than you had. He was always involved in community groups, whether it was boy scouts, sports, or even helping the neighbors do something around their house.
Kevin was taken from us with no warnings, but with his passing he was able to sustain one life with the donated of his kidney. And helped medical research with the other. He also helped dozens more by giving them skin, soft tissue, bones, and one lucky person got his eyes. He would want to give everything he possibly could, because that is the man he was.
To order memorial trees or send flowers to the family in memory of Kevin L. Heidt, please visit our flower store.