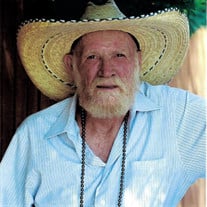 Kenneth (Kenny) Lee Sterner age 80, passed away peacefully Tuesday August 30th, 2022, at his home in Littleton, Colorado. He was born August 14, 1942, in Denver, CO at Porter hospital, to Everett Delburn Sterner and Lida Marie Long. Kenny grew up in Englewood and went to Englewood schools. His mom remarried and had 2 more sons Johnny Paul and Ricky and daughter Connie. Kenny also had second family’s, the Burr’s and the Frantz’s that he spent a lot of time with hanging out at Englewood Speedway, doing concrete work and of course bar room brawls. He left school at an early age to work in the concrete business, which later became his life passion and formed Kenny’s concrete. In 1967 he and his first wife Kathy Murphy moved to Texas, where he became an iron worker and had a daughter Gina and met many lifelong friends. He returned to Colorado in 1972.

Kenny had a full and exciting life and lived it to the fullest. He was a true cowboy who would help anyone in need, He was kind compassionate, hard worker, patriotic and tough. He was the last of the dirty dozen, was a part of Englewood speedway, he was a horse rancher, loved riding his Harleys and going to Sturgis every year. He carried around a teddy bear named Earl, He found God, he traveled all over the United States and Mexico, He loved to fish. He survived a major motorcycle accident where he was in the hospital for 6 months, he rolled his Corvette in Utah. He married 3 more times to wonderful ladies in his life, Orralee daughter Terri, Harriett, and Thuy daughter Dawn. Dawn was such a life saver for my dad, she kept him young as he was 68 when she came into his life. Kenny was a hard worker and formed Kenny’s Concrete in 1996, he devoted all his time to his company, and it is still going today.

Kenny was preceded in death by his parents Delburn and Lida, his brother Gary, many good friends and of course many dogs.

Please feel free to stop by and share in the laughs and memories and reminiscing. Kenny had lots of memories and friends.

Has anyone told you they loved you today? Kenny did!
To order memorial trees or send flowers to the family in memory of Kenneth (Kenny) Lee Sterner, please visit our flower store.