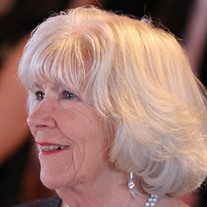 Kathy Coyne always knew who she was. Born on January 20th, 1944, in New York City, she was one of four siblings, part of a big Irish family that came to New York in the early 1900’s. Even as a child she showed her independent spirit.

As a 19 year old, Kathy left home to live on the Lower East Side of Manhattan, working at an advertising firm to pay for her classes at City College. But it was the 1960s, and the Civil Rights movement beckoned. She applied to work at the NAACP’s national office in Midtown, and, as she told an interviewer years later, “much to my surprise,” she got the job. From there she became interested in housing issues—redlining had segregated much of the country, creating a huge imbalance in wealth between African Americans and white people after World War II—and she went to Baltimore to work at a program called VISTA (Volunteers in Service to America), part of Lyndon Johnson’s War on Poverty, then in its first year. Her community organizing work took her around the country, with a special emphasis on Appalachia, but it was in Baltimore that she met David Hoffman, a fellow devotee to the cause of equal rights. They married and moved to Boulder in 1971, where Kathy had her daughter, Brigid. She kept working, of course, training volunteers at the Boulder County Courthouse but in 1972, the family moved to San Francisco. Her son, Patrick, was born there in 1974.

In San Francisco, Kathy worked for Frank and Jackie Oppenheimer, who had a crazy idea: a children’s museum like no other, where experiential learning and creative exhibits would teach the basics of science in a way that kids could actually get excited about. Kathy worked with the Oppenheimers to launch the Exploratorium, now a world-renowned institution. In 1980, Kathy, now a single mother, returned to Boulder with her kids. She soon began her biggest professional project yet: Community Food Share.

As she later told Women magazine, hunger often doesn’t manifest itself as a person begging for change. Families living paycheck to paycheck often find themselves unable to provide meals for their family—but before she helped found the organization (and became its only paid staffer) in 1981, the network of food providers was diffuse, and poorly organized. It was an issue that existed under the radar of many in Boulder County, but Kathy was tireless about sounding the alarm and after only six months of existence, Community Food Share managed to distribute 48,000 pounds of food by working with 18 separate agencies and organizations. It only grew from there. By the late 1990s, CFS employed 11 people and cultivated over 2,000 volunteers. Over 1.3 million pounds of food was donated annually, enough that it took over 100 different groups to get it to the people who needed it. Kathy was recognized nationally for her work, by different community organizing groups, the city of Boulder and, once, by Bruce Springsteen. After 18 years as executive director, Kathy stepped down in 2000. Today, CFS continues to thrive.

After CFS, Kathy went on to spend 11 years working in community development at HospiceCare of Boulder & Broomfield Counties (now known as Tru Community Care) and, later, at View of the World art gallery. Even in semi-retirement, Kathy was almost pathologically drawn to service but it’s not that she never had fun: her network of friends and family from both coasts was legendary, and she regularly hosted holiday parties and celebrations.

Amongst the people who knew her best, Kathy was famous for her stubbornness: whether it was running a dishwasher only when every last peg was covered, buying organic food way before the rest of the country caught up, or composting every scrap of compostable material: she did not waver. She loved food, white wine, full moons, sunsets, and her garden. She taught her kids the value of hard work, but didn’t define work as something just to make money: it was important that one spent one’s life doing things that helped other people. She is survived by her beloved dog, Leo. Her daughter, Brigid Hoffman, a public defender, lives in Las Vegas, NV. Her son, Patrick is a novelist and investigator for a civil rights firm in New York City. She is also survived by her sister, Barbara and Jim Poldino and an army of cousins. When she died on September 22nd, after several years of battling lung cancer, it was on her terms, in peace and dignity, at the hospice care center she had worked for, surrounded by her friends and family.

Her memorial service will be on October 19, 2019, at 1:00 PM, at the Unity Church, 2855 Folsom Street, Boulder, Colorado. In lieu of flowers, please consider making a donation to Community Food Share (Communityfoodshare.org).
To order memorial trees or send flowers to the family in memory of Kathy Coyne, please visit our flower store.