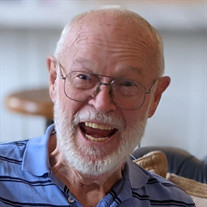 Joseph Frank Lathrop, of Denver, Colorado, died on Saturday, June 4, 2022 at his home in Santiago, Dominican Republic. He was born to William Dempsey and Rose (Oldenburg) Lathrop Sr. on July 17, 1942 at their home in La Crescent, Minnesota. Joe spent his childhood in La Crescent and served in the US Navy from 1960 to 1965. He worked several different jobs throughout his life, and eventually retired as a taxi driver in 2010. Joe married Patricia Phelan in 1965 and they divorced in 1990. He married Iluminada Abreu in 1991. Joe was an avid lover of baseball, and a lifelong fan of the Chicago Cubs. He enjoyed traveling, playing cards, telling stories and spending time with his family.

A memorial service will be held at the Heflebower Funeral and Cremation Services of Highlands Ranch, Colorado, on June 13, 2022 at 11:00 am, followed by a reception. Cremation and interment will be in the Dominican Republic. Memorials may be sent to the funeral home, or to a charity that supports veterans.
To order memorial trees or send flowers to the family in memory of Joseph Frank Lathrop, please visit our flower store.