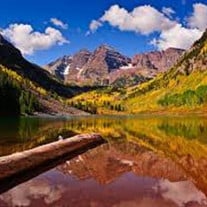 Jon Matthew Tremblay died on September 1st, 2016 at the University of Colorado Hospital in Aurora, CO. He was 37 years old.

Jon was born on January 27, 1979, in Omaha, NE to Jon and Rita Tremblay. He was the youngest of 3 children. At age 8, his family moved to Carrollton, TX. Jon attended Newman Smith High School, and graduated from Texas A&M University with a Bachelors of Business Administration degree in 2001. He married his high school sweetheart Jennifer Jane Topor in 2004. The Tremblays moved to Colorado in 2006, where Jon worked in Information Technology at Specialized Loan Servicing, and Jennifer worked as a veterinarian. Their son Jack was born in 2010.

Jon was a loving and supportive husband and father. He was a drummer from a young age, and had a passion for music. He enjoyed camping, eating spicy foods, and playing games and telling knock-knock jokes with his son. Despite battling illness for the past few years, Jon remained optimistic. He made friends wherever he went, and was always willing to listen and offer a sympathetic ear, regardless of how he was feeling.

Jon is survived by his wife Jennifer and son Jack, of Highlands Ranch, CO; his parents Jon and Rita Tremblay, of Carrollton, TX; his grandfather Armand Tremblay; his grandmother Lois Davis; his brother and sister-in-law Joe and Amy Tremblay and their 5 children; and his sister and brother-in-law Alicia and Gavin Rust and their son.