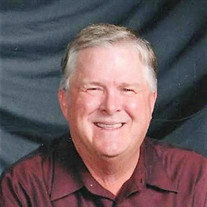 John Wayne Watson died on December 26, 2016. Wayne was born on September 15, 1953 in Littleton, Colorado. He grew up in Durango, Colorado, and attended Adams State University in Alamosa where he was a vocal performance major. In 1981, Wayne graduated from Denver Seminary with a Masters of Divinity degree.

After his family, Wayne’s greatest passion was singing in the Charles Wesley Choir at St. Andrew United Methodist Church.

Wayne was a history buff specializing in presidential history; he gave educational and entertaining presentations to groups all over the Denver area. He made a point of visiting as many presidential historical sites as he could on his travels across the country. Wayne was also an avid golfer. While he shared his love of golf with many, his favorite playing partner was his son, David. The two of them traveled to some of the country’s top ranked courses including Pebble Beach, Bandon Dunes, and TPC Sawgrass. Wayne loved the arts in general, was a regular at the symphony, and never missed a Broadway show when they came to town. He loved his movies most though, and was proud of his collection of way too many VHS cassettes.

Wayne loved to travel with his wife Mary. Recent trips included Jerusalem and Egypt with a church group, the Grand Canyon, and a New England road trip in the fall. One of Wayne’s life highlights was singing “I Walked Today Where Jesus Walked” at the house of Caiaphas in Jerusalem.

Wayne is survived by his wife, Mary, son Jonathan and his wife Kim, son David and his wife Scarlett, grandson Christian, stepdaughter Sarah Logemann, stepson John Logemann and his wife Lindsey, and stepgrandson Gavin. Wayne is also survived by his brother Carl Watson and sister Sarah Piccoli.
To order memorial trees or send flowers to the family in memory of John Wayne Watson, please visit our flower store.