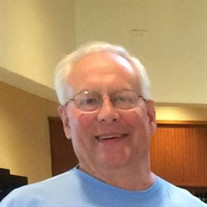 Jeffrey Earl Nordstrom
Age 67. Died December 26 in Castle Rock, Colorado. Born January 24, 1951 in Racine, Wisconsin.
Preceded in death by his parents Walter A Nordstrom and Mary H Nordstrom, nee Neumiller.
Jeff is survived by cousins – from Alaska to Alabama, but mostly in Illinois and Wisconsin. Jeff started his radio broadcast career at Racine Park High School, and is an alumnus of University of Wisconsin – Stout in Menomonie, Wisconsin. He enjoyed getting together with friends and even if they were in Indiana or Wisconsin, he made sure to visit on an annual basis.
Jeff’s career was radio broadcasting. He was a member of the Society of Broadcast Engineers continuously from 1973, he held a variety of positions, Disc Jockey, Engineer, for radio stations in Washington, Wisconsin, Illinois and Indiana, in 1983 he joined Allied Harris Broadcast in Indiana. In 2000 he joined ClearChannel in Colorado and then Westwood One, from which he retired January 2018.
Jeff loved gardening and a bit of farming – he had kept horses and dogs – when he could. He enjoyed the Denver Botanical Gardens, looking at antique radio equipment and was an active member of the Rocky Mountain Chapter American Theater Organ Society. And especially enjoyed riding his motorcycle.
Funeral service for Jeff will be held on Thursday January 24 at Abiding Word Lutheran Church, 8391 Burnley Ct, Highlands Ranch, at 6:00 PM. Visitation will be at 5:00 PM and light refreshments will be served after the service.
To order memorial trees or send flowers to the family in memory of Jeffery Earl Nordstrom, please visit our flower store.