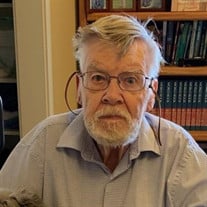 James Lee Martin, age 82, passed away peacefully on Tuesday morning, October 4, 2022, at Windcrest in Highlands Ranch. He was born September 7, 1940, in Denver Colorado, and grew up in the Washington Park area. Jim was a 1958 graduate of South High School in Denver where he was the star left-handed pitcher of the South High Rebels baseball team that won the AA state title 1958 with an 8-0 win over Greely. Jim continued his education at Denver University and then Southern California Christian College receiving a bachelor’s degree. Jim returned to the Washington Park area and became a librarian with Denver Public Library at the Eugene Field and Cherry Creek locations. Jim then retired after 35 years with the library district.

He and his wife Loraine raised two sons, Kendall and Steven in the Washington Park area where Jim purchased and managed several rental properties. Jim was active as a deacon in his church and stayed involved for many years with Christian Book Sellers Convention and Colorado Christian Ministries. He also edited and published the ‘His People’ newspaper for many years.

Jim remarried in 1990 to Barbara L Martin and resided in Littleton and Englewood. Jim and Barbara moved to Canon City for several years and then returned to the Denver Metro Area in 2010.

Jim is survived by his wife, sons, stepdaughter, four grandchildren and a great-grandson. Jim’s final resting place will be at Seven Stones Chatfield.

Memorial donations can be made to PAAV International Ministries P.O, Box 371014 Denver, CO 80237 https://paav-gitombo.com/donate/
To order memorial trees or send flowers to the family in memory of James Lee Martin, please visit our flower store.