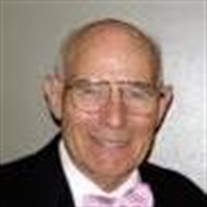 James (Jim) H. Frost, 71 of Highlands Ranch, Colorado passed away peacefully on October 22, 2015 while surrounded by his family after a 15 year battle with cancer. Jim was born on August 20, 1944 in Grand Island, Nebraska. He made his home in Colorado after gaining employment with AT&T as an electrical engineer.
Jim and Linda’s journey began in 1984. At that time, he whole heartily accepted Linda’s three children as his own. Through the years his family grew to include four grandchildren that he adored and loved with all his heart.
He was a loving, caring, intelligent and generous man. He had a wonderful sense of humor and you would often catch him laughing at his own jokes. He touched the lives of everyone he met.
Jim is survived by his wife Linda, his children Shelly Sack (Joe), Dennis Main, Stacy Mouw (Jamie) and his four grandchildren Alan Sack, Austin Sack, Isaac Mouw and Olivia Mouw. He is also survived by his two sisters Sandra Champlin (John) and Patty Altman (Dean).
Jim will be missed by all and will forever remain in our hearts. A memorial service will be held at The Chapel at Cherry Hills Community Church located at 3900 Grace Blvd. Highland Ranch, CO 80126 on Friday October 30, 2015 at 11:00 A.M. A reception will be held at the church immediately following the ceremony. In lieu of flowers donations can be made to support cancer research ( http://www.ddfl.org/ways-to-give/donate/memorial-tribute ) or because of his love for animals The Denver Dumb Friends League ( http://www.ddfl.org/ways-to-give/donate/memorial-tribute ).
To order memorial trees or send flowers to the family in memory of James "Jim" H. Frost, please visit our flower store.