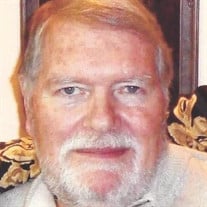 Don Medsker of Centennial, Colorado passed away on Saturday, June 25, 2016. He is preceded in death by his wife Carol (Taylor) Medsker. He is survived by his children: Dan Medsker of Washington; Ginny (Dave) Marmolejo of Highlands Ranch, CO; Zac (Heidi) Medsker of Silt, CO; and Emily (Art) Lonborg of Centennial, CO; and many loving grandchildren. Born in Englewood, Colorado to Hollis and Dorothy Medsker, Don became well known in his small town of Englewood as a great basketball player. Standing over 6’7” tall, he towered over much of the competition. After graduating from Englewood High School in 1954, he went onto Iowa State University where he was the center for the Iowa State Cyclones basketball team. A crowning moment in his basketball career came in 1957 when he faced Wilt Chamberlain of the University of Kansas and scored the winning basket in a great rivalry. After graduating from Iowa State, Don moved back to Colorado and eventually attended the University of Colorado, School of Law. He graduated with Doctor of Law Degree (JD) and went onto have a successful career as an attorney. He married Carol Taylor in 1967, and they were happily married for 46 years before Carol passed away in 2014. Don will be remembered as a kind and loving husband, father, grandfather and brother. Funeral service Tuesday 7/5 at 11 a.m. at St. Andrew United Methodist Church, 9203 S. University Blvd, Highlands Ranch, CO 80126. Memorial donations to God’s Grace Community Church P.O. Box 631633, Littleton, CO 80163.
To order memorial trees or send flowers to the family in memory of Donald F. Medsker, please visit our flower store.