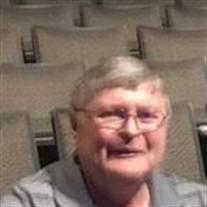 Dick was born in Oxford, NC to Mary and Richard Mansfield in 1947. He traveled a lot as a kid because his father served in the Army. They made their way to Colorado Springs, CO where he graduated from Palmer High School in 1966. He joined the Army and was honorably discharged. He married Dianne Bard on June 22, 1974, and they were married for 45 years.

Dick loved his oldies music and shared that love with his children and, most recently, his grandchildren. In the last few years Dick suffered several health issues, but that didn't stop him from attending his granddaughter Jewel's softball games, his grandson Delano's football games and his Sam's excursions with his granddaughter Jaydan...enjoying all the samples. He was loved by many and will be missed by all. Dick is survived by his wife Dianne Mansfield, children Renae Mansfield and Jay Mansfield, his grandchildren Delano Dickerson, Jewel Lopez, and Jaydan Mansfield...and of course his side kick dog, Doxie
To order memorial trees or send flowers to the family in memory of Dick Jewel T. Mansfield, please visit our flower store.