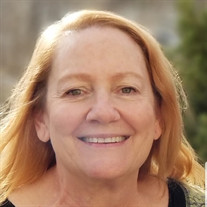 Dawn Lenore Mowat was born on 12/31/1959 in Alameda CA, lived to be the age of 59 and passed away on 11/7/19 at her home in Roxborough CO. Her parents were Donald Alexander Mowat and Esther Lenore Gray. She Grew up and graduated from Palos Verdes High school in California in 1978. She then moved to Colorado and graduated in 1981 from Loretta Heights College with a BS in pediatrics nursing. She had two kids, III Daniel Joseph Kozlowski, and John Luke Chesney. She had worked at Children's hospital in Denver, CO in the NICU, PICU, Outpatient Surgery, from May 1981 - December 1992, She was then the owner and CEO of Children of Roxborough & Roxborough wellness Center From January 1995 - January 2007. After that she became a Team lead at Health Dialog from January 2007 - June 2009, Then transitioned to a manager at Aetna Life. She had a Masters Certificate in Health Care administration, Nursing License in all USA states, Colorado real estate license, and childcare director license. Dawn loved to ride her bike in Waterton Canyon with her friends, she loved to go skiing in vail with her family, and loved going to concerts. She has traveled all over the world, South Africa, Jamaica, Canada, London, Kenya, Tanzania, Japan, France, Mexico, Hawaii, Aruba, Bermuda, Scotland, & Alaska. She is survived by her sons John Luke Chesney and III Daniel Joseph Kozlowski, her sisters Dyan Decker and Stacie Meade, her mother Esther Lenore Gray. She was preceded in death by Donald Alexander Mowat. Dawn's Celebration of Life Ceremony will be on 11/23/19 at 10:00 AM at Valley View Christian Church, 11004 Wildfield Ln, Littleton, CO 80125 The burial of the Ashes Ceremony will be at Seven Stones Cemetery, 9635 N Rampart Range Rd, Littleton, CO 80125 at 12:00 PM on 11/23/19 after the Celebration of Life.
To order memorial trees or send flowers to the family in memory of Dawn L. Mowat, please visit our flower store.