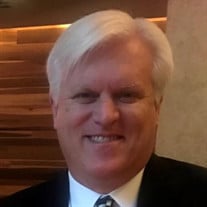 He was born on May 5, 1965 in Clinton, Oklahoma. He graduated in 1983 from San Gordano High School in San Bernardino, California and earned his Bachelor of Science degree in 1988 from the University of North Texas in Denton, Texas. David was an Eagle Scout and spent several years as a leader for Troop 316 in Castle Pines.

He served in several professional positions, most recently as an IT Service Delivery Manager for DaVita, Inc.

Memorials may be made to Boy Scouts of America.
To order memorial trees or send flowers to the family in memory of David Arthur Verkest, please visit our flower store.