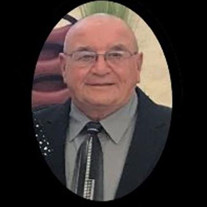 Dale Piker was born on September 26th, 1940, to parents Milan Piker and Agnes Krejci, in the City of Grand Forks, North Dakota. He passed away on February 14th, 2020, after over a decade of fighting lung cancer. He is survived by his wife, Kim Piker, and six children, Daryl, DeAnn, Dennis (Wife- Nisa), Douglas, Denise (Husband- Dave) and Chase (Wife – Christine).
Dale was a hard-working, strong and independent man. Early in life, he was raised on a farm by his uncle and cousins, learning the work ethic he would carry with him throughout his life. Dale went to East Grand Forks for school, and was a star athlete, including basketball and football,
where he played multiple positions, including quarterback. He recalled his coaches words when asked about the type of athlete he was, “I wish I had ten more just like him!”
Dale enlisted in the US Navy in 1959, working in communications aboard the USS Little Rock (CLG-4). His travels took him all over the world, including the Mediterranean. He was always proud of his service and of his country, late creating a large “God Bless Our Troops” sign in
front of the house which stood for 17 years and still stands today.
In October 1959, he married his first wife, Bonnie Miller. He would have five children with Bonnie – Daryl, DeAnn, Dennis, Douglas and Denise. They were married until 1977. He later married his second wife, Kim LaFave, in 1980. Kim later gave birth to his last son, Chase, in 1990.
After the Navy, he would later continue his career working in communications at Northwestern Bell, where he worked his way through the ranks and entered management. The company would switch hands multiple times but is today known as CenturyLink. He retired after 29 ½ years, just
before the birth of his last child, Chase.
In January 1994, Dale, Kim, Chase and Elva (Kim’s mother) moved to Centennial, Colorado.
Kim remained employed with the phone company, and Dale became a stay-at-home father. He enjoyed every minute of retirement spending time with his son Chase, golfing as often as he could, and working on projects. He would travel back to North Dakota often, and over the years finished three basements and two decks for his children.
Dale was active throughout his life doing things he loved. He played and coached softball and was an avid hunter and fisherman. For years, he was active in the East Side Rod and Gun Club.
He was later active in Chase’s Boy Scout Troop, pushing him and others to get their Eagle Scout. He had a love for classic cars and farm equipment that reminded him of his youth. Dale was a fantastic cook and could make a great meal on whim. He loved hosting parties and events at his
house for the holidays, and in his backyard in the summers. There was always more food than we could finish.
Dale will always be remembered for the lives he had an impact on. As he said shortly before his passing, “I fought my battles!” He will always be forever in our hearts, and may he rest in peace.
A open house Celebration of Life for Dale Piker will be held at the Southglenn Country Club on February 22nd, 2020, from 4:00-8:00 PM. Food and drinks will be provided. Another Celebration of Life will be held in East Grand Forks, MN in the first week of May 2020. The exact date and
time is TBD.
To order memorial trees or send flowers to the family in memory of Dale Piker, please visit our flower store.