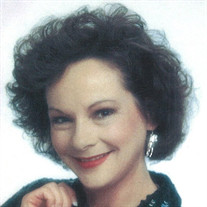 Catherine Milton Greth was born on December 3, 1949 in Abilene Texas to Dick and Annie Bell Milton. Catherine passed away after a fifteen-year battle with auto-immune diseases & lung disease on June 21, 2018 in Highlands Ranch Colorado.
Catherine graduated from Abilene Christian University in 1973 in Abilene Texas. She later moved to Arkansas and pursued a career as a teacher of art and math in Arkansas public schools while raising her daughter Shellie. She pursued her life- long love and passion for horses. Her dream came true when she purchased a five-acre horse ranch in south west Missouri and her first horse Dixie. She and her daughter spent many hours at horse shows.
In 1997 another dream came into her life. She was swept off her feet by an “out of towner” from Colorado. There love was so strong that she sold the farm and moved to Colorado. In 1998 Skip and Catherine were married and settled into a new life in Highlands Ranch, where Catherine was a substitute teacher in the Colorado School System.
All who knew her were assured of her un-yielding faith in Our Father and His Word. Catherine was not too shy to offer guidance based on Scripture to any who would listen. She was active in caring for and sharing with people from all walks of life even after her health declined.
Catherine is survived by her husband, Skip, her daughter, Shellie, grandson William, brother Paul, niece and nephew, and numerous aunts, uncles and cousins. Catherine will be missed by many friends and her special furry friend Gracie.
To order memorial trees or send flowers to the family in memory of Catherine M. Greth, please visit our flower store.