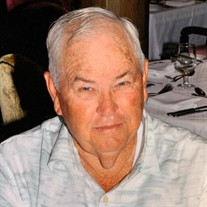 Rey was raised in Lordsburg and Animas, NM where he enjoyed playing basketball. He graduated from Animas High School in 1959, Valedictorian (class of eight students). He served in the National Guard from 1963-68.

He married Marillyn DeMott in 1966 in the Los Angeles Church of Jesus Christ of Latter-Day Saints Temple. Rey became a land surveyor and moved his family to Colorado where he served as the lead surveyor for Highlands Ranch. He began Aztec Consultants, a land surveying company, in 1996. He felt deeply about creating a company that focused on people, both employees and clients.

He continued to play basketball until he was 50 years old. He enjoyed playing golf and cards, traveling the world, and watching all Colorado and college sports. He served as a bishop twice in California and Colorado in the church and served two missions with Marillyn to Oakland, CA and Cape Town, South Africa.

He is preceded in death by his parents, Samuel Rey Tenney, Myrtle Hatch Tenney and his brother Louis Craig.

He is survived by his loving wife of 54 years, Marillyn DeMott Tenney and his six children. He is the oldest of six children (Sam, Lynn, Tamra, and Lisa). His children are Matt (Jenny), Kathy (Matt Chase), Ben (Becky), Karen (Travis Wall), Sam (Natalie), and Andy (Cori). He had 28 grandchildren, and two great grandchildren.

Due to limited seating, the service will also be available online.