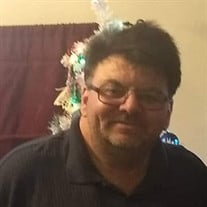 Brian Keith was a caring, devoted husband, father, grandfather, uncle, brother and friend. He passed unexpectedly on Sept 9th, 2022. He was 56 years old. On January 19, 1966, Brian Sr. was born to John and Wanda Snyder, in Inglewood, California. Brian had 1 brother Eric Snyder that he adored and 1 sister Neva Wilcox.

Brian Sr. met his wife of 38 years, Artrita "Rita" Snyder, in middle school, where he continued to fall in love with her. On February 4, 1984, their senior year of high school they both were wed to each other. Adding on to their families they welcomed 3 rambunctious children, Brian Snyder Jr. (Debbie Mueller-Snyder), Keith Snyder (Inna Snyder), and Josephine Garcia (James Garcia). Brian Sr. became a grandfather to 9 grandchildren, 5 girls and 4 boys; Abbrianna, Joseph, Tatyanna, Annilicia, Jayden, Angelo, Aiven, Alexander and Evangeline, to this he would say this was his most treasured role. He never failed to make his grandchildren laugh and smile. They will miss his stories and sense of humor, he did however have a soft spot for his daughter Josephine, who he called bright eyes. He is also survived by his mother, Wanda M. Snyder Murphey. He is preceded in death by his father, John E. Snyder and his grandma, Dorothy (Murphey) Baston.

Brain Sr. was a calm and collective person. He always stayed out of everyone's business and kept to himself. He never shared gossip unless it was something funny that happened. He always wanted to fish and when he went fishing it was his way of peace and quiet.

Brian Sr. took his wife on a second honeymoon to Hawaii like he promised her, and it was there 32 Anniversary, he said it was the best and he had the time of his life with his sweetheart with him, and swimming in the ocean and relaxing on the beach.

Brian Sr is loved and will be loved by his family along with anyone he has ever helped, he never had a lot, but was able to do a lot with what he had to support his family. He was good at a lot of things; he was each of his kid's best friend. Wonderful husband, great father and an awesome grandfather always trying to give the grandkids some type of candy or something they were not supposed to have and say, "My bad."

The Snyder Garcia family request your presence at a special service & reception after the viewing for close family & friends at Creekside West, 1710 Pierce Street, Lakewood, CO 80214. Please park in back.
To order memorial trees or send flowers to the family in memory of Brian Keith Snyder Sr., please visit our flower store.