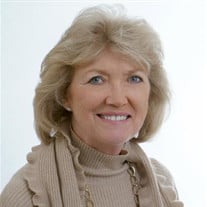 Bonita (Bonnie) Jane Wintersteen, 83, passed away on September 17, 2022 at her farm in Elizabeth, Colorado with her family by her side.

Bonnie was born on December 10, 1938 in Gratz, Pennsylvania. She was the daughter of the late Joseph and Dottie (Smith) Schminky. In addition to her parents, she was predeceased by her brothers John and Joseph (Little Joe).

Bonnie grew up working on the family dairy farm and attended Hegins High School. Her early life on a farm kindled a deep love for animals, particularly horses. Bonnie raised her two homebred stallions, Flame and Fury, keeping them in the same pen into adulthood on the farm. There was a race training track across the road, which also hosted the county fair. She was well known for her wins on Fury in the local races during the fair.

Bonnie married Robert (Bob) on August 6, 1955. He was, as she told it, “the only boy who could ride her horses.” The couple moved to Penn State, where Bob attended university and Bonnie worked at a beauty salon. After the birth of their daughter, Amber, and Bob’s graduation, they loaded their homemade two-horse trailer with Flame on one side and their belongings on the other, and moved to the Pacific Northwest. Bonnie opened Bonnie’s Beauty Boutique. Bob’s job in forestry saw them move several times between the small towns on the eastern slope of the Cascades in Oregon and Washington. During this time they added two more boys, Robert Joseph (Joe) and Jeffrey (Jeff) to their family. The Wintersteens spent their winters skiing and summers riding horses and hiking in the mountains. Bonnie became a certified ski instructor and passed on her love of the mountains and skiing to her children.

In 1978, they moved to Lakewood, Colorado, where Bonnie earned her realtor’s license. She eventually became a real estate broker. Bonnie continued to teach skiing with Bob on weekends. The move to the suburbs necessitated leaving the horses behind. When Bob retired in 1992, they purchased a parcel of land outside Elizabeth, where they began an Arabian horse breeding operation. Bonnie loved cheering on her horses, whether at the race track or in the show ring. Wintersteen-bred horses accumulated numerous championships in racing, show and endurance, both locally and nationally. Bonnie continued her work in real estate, but her greatest pleasure was spending time with her horses, grandchildren, and great grandchildren on the farm.

Bonnie was diagnosed with cancer two years ago. The family is indebted to Dr. Patil and the staff at CU Medical Center for giving her more time than she would have had otherwise. We are thankful to Denver Hospice and their staff, who helped Bonnie remain at home during her final months. A special thank you to Alicia Handley, Mary Burke, and Dr. Heckman for their kind and patient care.

A memorial service in honor of Bonnie will be held Saturday, October 8 at 11am at the Wintersteen Farm, 35747 County Road 17, Elizabeth. Main dish and beverages will be provided. Please bring a side dish or dessert to share. Dress is casual.

In lieu of flowers, the family requests donations be made to the American Cancer Society.
To order memorial trees or send flowers to the family in memory of Bonita (Bonnie) Jane Wintersteen, please visit our flower store.