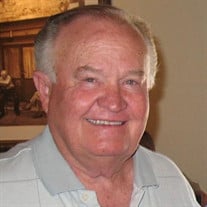 Billy Lee Bugh, age 82, passed away peacefully in Littleton, Colorado on July 29, 2022. Born on April 11, 1940, in Seneca, New Mexico, he was the youngest of 7 children. Bill grew up and lived his whole life in the Denver area. He graduated from Westminster High School and enlisted in the United States Marine Corps Reserves at age 17. He trained as a radar operator with MACS-23 at Buckley Naval Air Station in Aurora, CO.

He was married to Cecile Bugh (Zala) for over 50 years, and they raised their two children, Dan and Valerie. He retired from Information Technology with Safeway after nearly 40 years. Bill's friendliness drew people to him, and people enjoyed spending time with him. During his travels in retirement, he was interested to learn about the history, local people and customs of the places he visited. He traveled throughout Europe and his favorite trips were the two he took to China.

He was a fan of Bluegrass and early country music but also had a great appreciation of Flamenco guitar. Family, friends and neighbors were Bill’s dearest love. He hosted and attended campouts, reunions, holidays and celebrations with his big extended family throughout the years. He took pride in spending time with his two grandsons, Sam and Tyler, helping to teach them to ride bicycles, fish and garden.

In lieu of flowers the family asks that those compelled follow this link to donate to the Alzheimer’s Association to advance research and care or to a cause important to them or their loved ones: https://act.alz.org/site/Donation2?df_id=32112&32112.donation=form1
To order memorial trees or send flowers to the family in memory of Billy Bugh, please visit our flower store.