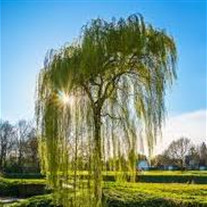 Ann Elizabeth (Dvorak) Juhl was born on May 20th, 1963 to Philip and Nora Dvorak in Iowa City,Ia. She has 5 siblings, Phil, Virginia, Laura, Bill and younger brother Mark. As the 5th of 6, she always said she was the Cindy Brady of the family.

Her dad was in the Army when she was young, so that meant moving several times. Iowa, Germany, Texas, Oklahoma and back to Iowa.

She spent part of her younger days in Oxford, Ia, close to her Grandparents Reynolds. One of her favorite memories was of hanging out with cousins, sitting on the porch arranged by size, eating watermelon and spitting out the seeds. Another was gathering the cousins, of which there were many, to go sledding during the winter. Sledding was a big deal to the whole bunch, and, because there were usually more kids than sleds, they got creative. Some had sleds, some used cookie sheets, and Ann’s sled of choice was a pie pan.

On the Dvorak side of the family, she loved visiting her Grandparents farm for Kolaches, and going out to the pig pen to throw corn cobs at the pigs to see who could make them squeal.

Ann was in 4-H for 6 years. She earned blue ribbons on all of her projects, including craft and sewing projects. Ann owed her mom a special thank you for helping with some of the more difficult projects, like sewing sleeves on a bathrobe.

Once in high school, Ann was active in theater, cheerleading and art. Her art club took a field trip to visit a Picasso exhibit. Ann also discovered a life-long passion for music. She was involved in choir, swing choir, and other small groups. She enjoyed performing in musicals such as Carousel and Hello Dolly. Her choir also performed at the Iowa State fair.

After college, she took a break from performing music, but discovered the choir at South Suburban Christian Church, where she found a home with which she spent many happy years performing.

One of the most special memories Ann held near and dear were her 3 trips with the Church choir to perform at Carnegie Hall in New York City. On two of the trips, the choir performed with Internationally recognized composer John Rutter. Mr. Rutter talked about, in those hallowed halls, to have a “Carnegie Moment”, of experiencing that special moment, especially when singing about “being in the house of the Lord Forever”.

The other high points of her New York trips was, of course, the shopping for purses, and visiting Mood Fabrics with her choir-mate June Grieman.

Ann met her husband Jim, at Ellsworth Community College, where both were attending. It certainly wasn’t a typical courtship, as it started out as a prank on one of their classmates. Ann was known to state frequently that the joke was over, and it was time for Jim to go home. Such was the way of their with humor being an important part.

Since Ann and Jim married at a fairly young age, there were detractors that were concerned they wouldn’t last. It gave them extra incentive to work harder to stay together. It was not always easy, but it was definitely a team effort. That desire to stay together, and work as a team also carried over to their efforts in working with others through the grief process.

Five years after Ann and Jim were married, they were blessed with a son, James Philip. As the line from the movie “Field of Dreams” goes, “He smelled kinda funny, but we loved him anyway”.

Jim was a sweet boy that had a knack for beating Mom at any card or board game they played.

Little sister Gwendolyn joined the clan 8-½ years later. Gwen’s name came from one of Ann’s friends at Loras College, where Ann attended for a year prior to transferring to Ellsworth. Ann fell in love with the name, and saved it for a special addition to the family.

In February 2007, Ann went through something no parent should have to: the death of her son. Jim P. contracted bacterial meningitis, and lost his life from the resulting infection. Ann’s reaction was on of “We either get bitter or better”. She starting attending The Compassionate Friends meetings with husband Jim, and working through the Griefshare program, ultimately staying active as a facilitator for several years. Her strength, grace and strong belief In Jesus Christ helped her to help others on the grief journey.

Ann loved watching Gwen play volleyball. From being almost able to walk under the net to blossoming to her full height of 5’-10. From barely hitting the ball over the net, to an intimidating force on the floor, Ann rarely missed a performance. Ann joined Gwen on many of her travel tournament trips.

Ann had wonderful memories of family vacations that they took to Santa Fe, Mt Rushmore, Steamboat Springs, and many trips to Iowa. Since Gwen also had the chance to perform at Carnegie Hall, the two had many chances to compare notes on what they had seen and done.

Among Ann’s favorite shows were: Mash, Project Runway, This is Us, and Deadliest Catch. Son Jim got her hooked on that one. Ann teased Jim by blowing on his food, like 2 of the brothers in that show..

She had a real flair for doing craft, as both of her grandmothers before her, as well as her mother. Ann did card making, knitting, crochet, cross stitching and jewelry making. She loved sharing her finished products with family and friends.

Ann would have been one of the last people you would expect to do the crazy hair color thing. After she received the diagnosis that the cancer had returned, she knew she was going to go through it this time with as much sass as possible. She lost track of the number of people who stated that they loved it, along with the attitude it exuded.

In the last two years, life has been an up and down struggle. From being scanned cancer-free in July, to the diagnosis of recurrence in January, Ann felt blessed to have a great team of doctors and caring nurses providing care. One constant through it all, Ann knew that there was a ferocious team of prayer warriors out there to support her, pray for her, and sending their love over her. She received support from so many segments of her life, including her co-workers and managers, her church choir family, and so many others. It has been a humbling experience. As with many things in life, no matter how bad things might be, there is always someone that has it worse then she did.

Ann was preceded in death by her son, James Philip Juhl, brother Phil Dvorak and father Philip J Dvorak. Memorial service to celebrate Ann’s life to be at 11:00 am on Saturday, June 23rd, 2018 at:

In leiu of flowers, the family requests donations be made to the following:


As a last thought to leave you with, Ann expressed things this way: At the end of the Lord of the Rings trilogy, as the small group prepared to board the boat to Grey Haven, Bilbo Baggins states this: “I think I’m quite ready for another adventure!”. That is what Ann is doing now. In the comforting arms of her Lord and Savior.
To order memorial trees or send flowers to the family in memory of Ann E. Juhl, please visit our flower store.